Our Aims And Objectives

All of us at OFHSA aim to promote the welfare, care, and protection of children and youth, and to obtain the best for each child according to their physical, mental, social, and spiritual needs.

All of us at OFHSA aim to raise the standards of home life. OFHSA has supported the improvement of home life by advocating, teaching safety in the workplace, having local associations create much-needed community programs, running breakfast programs, and running cooking clubs to teach kids how to make healthy meals for themselves when their parents are not available to do so. Raising the standards of home life allows children and youth to flourish both at home and at school.

All of us at OFHSA aim to foster cooperation between parents & teachers in the training and guidance of children and youth, both during and after the school period. We strive to give parents an understanding of the school and its work and to assist in interpreting the school in all its aspects to the public.

We strive to confer and cooperate with organizations other than schools which concern themselves with the care and training of children and youth in the home, the school and the community: and with the education of adults to meet these responsibilities. We also strive foster high ideals of citizenship and to promote through educational means international goodwill and peace.

An independent voice of parents actively supporting public education at the school, school board, and provincial level.

An organization of volunteers committed to ensuring that the education, health, safety and social well-being of children and youth are a priority for all.

A network of members providing support, training, resources and advice developed over a long history of involvement.

OFHSA speaks for members across Ontario. Input and concerns are communicated by individual Home & School Members, Home & School Associations, and Home & School Councils to the board of directors for action.

Resolutions are presented by members at the Annual Meeting of the Federation. Upon adoption these resolutions become OFHSA policy. Federation responses represent the collective voice of members. 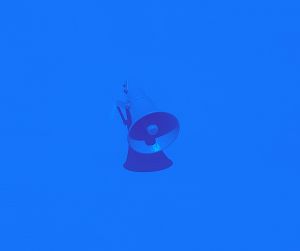 The original crest of the Ontario Federation of Home and School Associations depicts a torch and the year 1916. In 1916, Ada Mary Brown Courtice laid the foundation for the Ontario Federation. A trustee for the Toronto Board of Education, Mrs. Courtice also served as the president of the Toronto Council of Home and School clubs. Under her leadership, these clubs grew from six to twenty-four in number. The oldest group existing was at Rosedale School and it had formed in 1896. 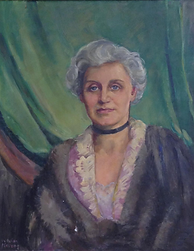 The Toronto Council brought together concerned parents and educators to discuss the issues of the day. Common topics of discussion were the inclusion of athletic facilities in schools and the education of special needs students. At the same time, there were other groups working to involve and inform parents. These included Mother’s Clubs and Parent-Teacher Associations. In May 1919, Ada Mary called delegates of these various organizations together at a conference in Toronto. There, they decided to join forces to form the first provincial Home and School Federation in Canada.

Their common vision saw “Home and School as a movement intended to educate parents for the betterment of children, of education and ultimately for Canadian society as a whole.” The aims of this new organization were carefully worded with due consideration being given to possible expansion. The concluding statement of these aims is significant – “The Federation feels justified in these aims, believing, as it does, that in the schools of tomorrow and through the sympathetic and intelligent co-operation of parents, with inspiring and public-spirited teachers, lies Ontario’s and Canada’s best hope of establishing a Great Democracy. The Federation invites the sympathy and support of all friends of education whether they are workers in the service, parents, or tax-payers.”

Elsewhere in Canada, local associations were thriving. In 1922 and 1929, British Columbia and Alberta, respectively, formed provincial federations. Once again, Ontario stepped in to take on a new challenge and in 1927, at a meeting of the World Federation of Educational Associations, the Canadian National Federation of Home and School Associations was born. In 1950 and again in 1997, the name of the national organization was changed, finally becoming the Canadian Home and School Federation.

At the 1963 Annual Meeting of OFHSA, the members adopted the current structure for our federation. This provided a direct line of communication between local associations and the provincial organization.

In her last report to the Ontario Federation of Home and School Associations, Ada Mary Brown Courtice wrote – “More and more we come in contact with interested audiences of men and women eager to find a way of educating public opinion for improved educational advantages for the home, the school, the community. More and more we find trustees and Ministers co-operating in this business of reasoning together about education and the problems of life.” 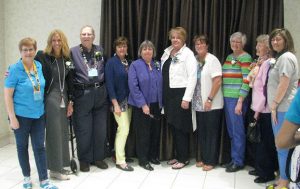 Past recipients of the Col. R. S. McLaughlin Memorial Award at Conference 2016

Courtice’s vision of OFHSA was non-sexist and non-elitist – a grassroots organization of men and women interested in improving childhood and childhood education. Today, OFHSA members across this province continue the work begun so long ago.

Donate to OFHSA
Go to Top